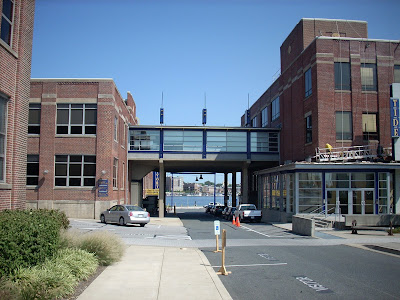 When Poets Grow in Factories

My first experience in a creative writing class was as a visitor. Rodger Kamenetz, author of The Missing Jew, allowed me to sit in on his class. It was 1980, and he introduced me to a number of poets, including Frank O’Hara.

I complained to Rodger that I felt alienated from poetry as a factory worker.

“Nonsense, Michael. Your poetry is all around you.”

I thought he was just being flippant. “I don’t know about that, Rodger. Trucks and machines don’t seem very poetic to me.”

But I took his advice and began writing about that world around me. An earlier manuscript became my first book, Water Song, with poems like “Currents” and “The Aftermath,” a poem which Gwen Brooks told me was a favorite of hers.

Immediacy was the lesson, and I learned it from Rodger Kamenetz. He was teaching the creative writing class at Baltimore Community College. O’Hara’s aesthetic of personism and his poem “The Day Lady Died” have been touchstones for me in thinking of immediacy and the American lyric.

It might be hard to imagine liquid dishwashing detergent as something dirty. It seems to be the enemy of dirt. Even when you are too lazy to scour a pot the way you should after you have burned your frozen vegetables, you can take the charred pot and soak it overnight with your detergent of choice. As you sleep, the little bubbles pull out their miniature scouring pads and get busy softening the dark clumps of vegetable burned beyond recognition. Such a powerful agent in a nice place like a kitchen should never be thought of as dirty, but when you work in a place making and packing the stuff, it seems foul beyond redemption sometimes.

It was the early years of the seventies, when polyester came into our lives along with disco. I worked on packing floors at Procter & Gamble’s Baltimore plant in Locust Point, one of the many points along Baltimore’s harbor. Directly across from the plant on the other side of the harbor is Fells Point, which is now a tourist hub, hardly the run of the mill southern Baltimore neighborhood it was during my childhood.

My packing floor career had its high point when I became apprentice to Smithers, an older, white coworker who hunted black bear and had bear sandwiches for lunch sometimes. His wife made the best fruit cake, and I always chose that when he offered me cake or bear between the bread. Smithers was a master paper cutter. He taught me how to use the large iron paper cutter in the Ivory soap department to precisely cut the small sheets that were the inner covers for every bar of soap. We cut these sheets from large slabs of paper that were so heavy we had to heave them onto the iron table. One slip meant the corners of the large sheets were irreparably misaligned and, therefore, useless. We sat in the empty management meeting room for breaks and for lunch, a room with large clear windows where we could look out over the harbor where the commercial ships passed long before the harbor was remade for the tourists. Christmastime lunches were the time for the dessert.

“No thanks, John, but I’ll take a slice of fruit cake.”

In the fall of 1974, after writing in fits and starts for a few years, I was able to establish more of a consistent writing mood. Writing while working in factories is a matter of being able to maintain that meditation on your work despite all the distractions around you. The danger is that you become attached to adversity. It is only now, twenty-four years after leaving factory life that I find I want spaces in which to do nothing but write. Reading was a violation of factory rules, as was writing. The stated objective was our safety, which I believe. I almost lost a hand on a packing unit. However, the oppressive nature of factory life was such that it felt more like the rules of the Gulag. In the latter nineteenth century, as mass production developed, industrial engineers applied the mechanistic philosophy of the Enlightenment to put forth the idea that factories and factory workers should be perfect machines, one the replica of the other.

It was not to be a place to house developing poets, writers, and thinkers, but there we were, many of us the wide eyed idealists of the sixties who dropped out of universities to take work among the masses, some of us following our own interpretations of Marxist ideology. For me it was not Marxism as much as it was the alienation I felt in a predominantly white university. Whatever the reason for our exodus, there we were in industrial life. In those days, conversations among workers ranged the full spectrum of intellectual inquiry. In 1973, I received my first copy of the Daodejing from a factory coworker.

If I wanted to be a pompous egotist, I would say I set out to create the canon of poetry of working class interiority as resistance to the system. Although I had that as a “hazy aesthetic,” the clearer view of things was given to me by Dr. Xiaojing Zhou, a scholar and critic of Asian American literature at University of the Pacific.

“It seems that’s what you’ve been doing all this time,” she said. We were sitting in her office last spring, during my visit to give a reading and talk to classes.

In the winter of 1974 to ’75, I began to assemble the original version of Water Song, a manuscript I called Frenzy. Determined to finish the bachelor’s degree I started six years earlier at the University of Maryland, I enrolled at Morgan State University, but attending college and working on the lines as a poet was too much for my fragile nervous system. I finished the semester, but spent the last ten years in the factory writing and reading on my own, with mentoring from friends in academia and in the world of writers at large, folks not imprisoned as I was at the time, watching thousands and thousands of white, yellow, and blue plastic bottles going around the conveyor system to be filled with the immaculate soap and then boxed to be sent on the long conveyor ride four blocks up the street to the warehouse.

I can hear the noise of the place now, as I write, although it has been shut down and converted into a day care center for those who can afford the luxury condos that sit on the edge of what was once the warehouse parking lot.

The warehouse was Freedom Land. It was where the plant’s misfits and renegades worked. There was space to roam and hide. We could stretch coffee and lunch breaks on evening and night shifts.

The plant had an internal job application system. Folks went from department to department by applying for vacancies. In the fall of 1975, I was able to get a position in the warehouse as a truck loader. My manuscript was sitting somewhere in Toni Morrison’s pile at Random House, where she was an editor. I had the utter audacity to send it to her, and she kept if for almost a year. When she returned it, she included a wonderful note saying she very much wanted to place it but could not. That rejection note was an inspiration, and I kept it for many years before losing it in one of my moves from place to place.

Things were busy in the warehouse, but there was space, physical space that, for me, translated into thinking space, into the unfettering of consciousness. I was able to write more consistently and began a free lance career as a journalist, writing for the Baltimore Sunpapers mostly but also for the Afro-American and the City Paper of Baltimore. I started a small press, and by the early eighties I was a part of Baltimore’s literary renaissance.

Your writing has the smoothe liquity of the soon-to-be-bubbling substance, when mixed with water, of dishwashing soap. When reading your entry, I felt a similar 'bubbling' of inspiration. Thank you. MB
10:04 AM