HEY BOYS, GUESS WHAT?
WEAVER'S MAMA SENT US SOME COOKIES!
MY TRAINING IN THE ART OF WAR AT FT. LEONARD WOOD, MISSOURI

-by Afaa Michael Weaver 蔚雅風
Twitter:  @Afaa_Weaver
a poetic affirming tradition with a faith in transcendence

The Winter of My Discontent: When I went into the steel mill, I also managed to get myself accepted in the U.S. Army Reserves. It was not easy because the only unit available in Baltimore was the 342nd Army Security Agency, which was Army intelligence. I had to obtain a top secret clearance from the F.B.I. Their agents started going through my life to determine if I was someone they could trust with the nation's security. I secured it, and I was shipped out in December of 1970, just three days after my wedding. I left my wife to live with my parents and wait for the birth of our first child while I went off to be trained in the fine art of making mayhem and killing the enemy.

I should have told my mother not to send that box of homemade chocolate chip cookies. Drill sergeants are not nice people. Their job is to be sadistic and prepare you for situations where people want to kill you. It was a little like growing up in black urban environments in the U.S. during the sixties, except my parents were the drill sergeants, and they were a lot nicer. When the cookies came on mail call, Sergeant Lewis gave them all away and humiliated me. Then he dared me to get angry.

We learned how to handle the M16 and how to use a knife. I had already gotten training in knife fighting from an uncle of mine who was an expert. He walked everywhere he went, and he always carried two switchblades, one in his pocket and one out and open by his side. He trained me by catching me unaware and jacking me up against a wall, saying "What you gonna do now, chump?" Alas, dear reader, know that my uncle did this because Baltimore was/is a tough town. He wanted me to survive and have honor and not be disrespected. He taught me a courage that saved my life more than once, but it cost me in basic training. When we got to hand to hand combat, I played in the sand of the training room because I thought it wasn't all that tough. 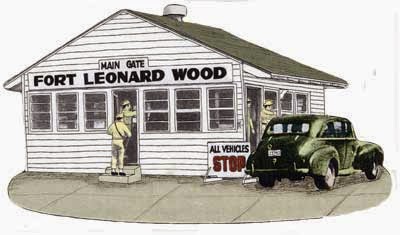 "Weaver, get in the alligator crawl position and crawl!"

We were in a barn for hand to hand combat that day, and the floor consisted of sand that was eighteen inches deep. The barn was half the length of a football field, and I started crawling while everyone else watched, up and down I went until Sergeant Willis was satisfied. Then he added insult to injury, "I got a nut from that almost as good as the one I got from your mama last night. That was some good poontang your mama gave me." I was getting angry and he could see it. He got closer, close enough for me to see the center of his eyes and said, "You wanna jump, Asshole? Come on, jump. Give me a good reason to kill your ass other than the fact I think you are a piece of shit." I started to shake, but that's all I would allow myself to do. Men do strange things to each other in the name of being men.

I fought back with the central love of my life, my poetry.

I wrote love letters to my young wife. I wrote love poems for the other guys who wanted to swoon their girlfriends. I sold the poems for $2.00, which was a lot of money when you barely got $200 a month. I wrote poems and I tried to hide the sensitivity in me. When the results of the battery of aptitude tests came back and we had to finalize our career choices, a lieutenant came to talk to me. "Weaver, your language aptitude results are the highest in the company. We want to send you to OCS- Officer Candidate School." I could only think that it would have kept me away from home for almost two years and most surely have landed me in Vietnam, so I chose to be a cook and come home and wait to be deployed. if there had been a job title for poet I would have taken it right away.

I came home to my factory worker life and my life as a poet studying his craft.

Now read a famous anti-war poem by Wilfred Owen at The Poetry Foundation.