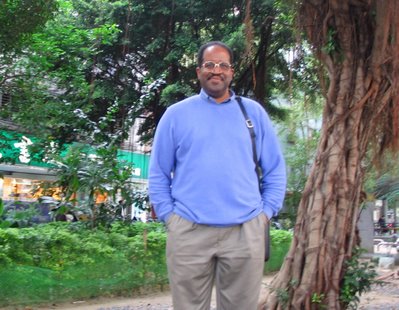 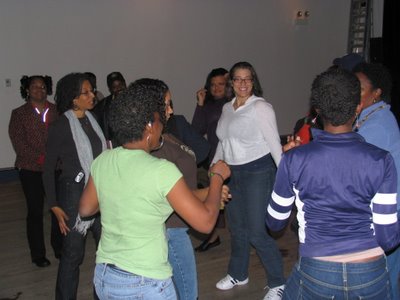 In my view, the violence and misogyny in Hip Hop are grounded in black male anxieties about masculinity, anxieties that live alongside the serious homophobia in black culture. There is the cultural abuse all black Americans are vulnerable to, but when that is combined with issues of emotional, sexual, and physical abuse in families, toxic hypermasculinity can infect the music. African-American culture had to be closed in order to survive the horrors of slavery and segregation, but that same closed quality now inhibits the establishment of open forums and venues for treating matters such as the absue of children.


These are issues that are personal as opposed to racial, and the combinations of these factors in the art of young men and women who are untreated for the effects of such abuse are perhaps the most objectionable and the most tragic.

So hip hop's harshest critics should look more to the way two entire generations have been neglected by elders who were trying to find their way. In short, black culture and hip hop generally would benefit from studying the more salient wisdom of black feminist studies.

If something has gone wrong, it is the way some criticisms fail to take in the fuller context of the music on one hand. On the other hand the perpetrators of the negative in hip hop suffer from the communication gap between generations and between genders. Feminist studies can help.


In the seventies pre-adolescents were left to fend for themselves as family life began to morph under the pressure of complex possibilities for social progress that stood alongside the tearing down of cultural institutions built in the terrible forge of slavery and segregation. Integration was an open space dotted with the burning towers of crumbling cultural institutions and lined with paths leading to lives and careers in the wider American space of integration as blacks entered the new space, one that had been forbidden for most of American history. It was both opportunity and terrible anxieties, a mixture that reminds me of a more lyrical moment that can occur in the music alongside the percussive variation on an iambic.

In nineteen eighties, black men and women becoming adults had to confront certain ideas being given to them from all sides. Perhaps the most seductive was to be able to "make it" or grow to "live large" in a time when the goal was everything and the process was secondary. Their elders had failed them and left them in this world where the Wall Street numbers seemed to mulitply exponentially, and wealth was everywhere except in the hands of these ambitious young black people.


Attainment was everything in an ambition fed by a growing insensitivity in the country, and I see the result everywhere now, as I watch those approaching their forties. Having attained much of what they wanted and at blinding speed, they now find themselves sitting on rocks made of sand. I write with loving concern, as I think each generation has its challenges, but the collective consideration is what can lift a society and a culture. Rocks made of sand give a public confidence that hides the private fears and insecurities.


However, something is very different for those younger people I see entering their twenties. This generation wants process, and they are having to create it themselves in a world where science is moving so quickly that scientists are now more willing to admit they do not understand it all. There is a new chaos, one these younger people entering their twenties just might come to comprehend in ways that are deeply profound. I am hoping to learn from them.

As for many of those entering their forties, they will grieve when they realize they have attained goals in straw baskets made of the thinnest straw, the most fragile. There is fire in the landscape, brothers and sisters. It is the fire of landing in a place without adequate preparation.


I hope Jay Z is wise to all of this. We need him to be wise.

ms.epipfany said…
I would say that your words are pretty insightful into the view of those from your era. I am a african-american and puerto rican young female who is a member of the age demographic rapidly approaching the "roaring twenties". I hope that I can be one of those that you speak of to push the envelope and carry on the torch to add to the legacy before me.
11:54 AM